Already caved and broke your New Year’s resolution? Not to worry, I have a new one for you that’s going to be much easier to adhere to and a hell of a lot more fun.

Most of us fall into the same routine when it comes to drinking wine, we stick with what we know and have always enjoyed as comfort and consistency remain the most important factors. But what if you never tried a Napa Cab or an Italian Pinot Grigio for the first time? How could they eventually become your favorites?? 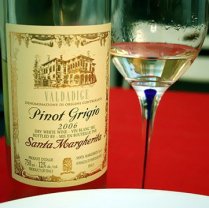 It’s like my man Daniel Tiger says: ‘You gotta try new food ’cause it might taste…. GOOOOOODDD!!’ (If you have kids under 4, you know the song) If you don’t try new and different wines, your palate may never experience the multitude of unique aromas, flavors and textures that are out there in the wonderful world of wine. So here are a few examples that are somewhat off the grid for most wine drinkers but have a lot to offer and are steadily improving in quality and exposure.

The Finger Lakes region has produced some fantastic expressions of Riesling and Chardonnay among other white varieties over the last few years. But the reds have been a little light and green due in most part to the immaturity of the vines and the colder North East climate. Well guess what… the vines are getting older and the winemakers have learned the intricacies of the land and climate leading to a much needed overall improvement of the FLX reds. Some stellar Pinots have been crafted from certain producers such as Anthony Road, Fox Run, Heron Hill and Hearts & Hands.  My favorite is the 2013 Lust Pinot from Inspire Moore. It displays true Pinot fruit character balanced with well integrated toasted oaky notes and lovely dark spices. It runs around $25-30, but is on par with Pinots from better known regions at the same price point.

Chances are you’ve probably tasted and enjoyed a Super Tuscan wine in the course of your wine drinking era… but I’ll bet it didn’t have Syrah or Malbec in it! Super Tuscans are typically blends based on the Sangiovese grape. A quick history note… they emerged from rogue, yet talented, wine producers that did not want to follow the regulations in Chianti and HAVE to use primarily Sangiovese in their wine. Nowadays most Super Tuscans will still have Sangiovese in the blend even though it is not mandated,  but they may choose to just utilize Cabernet Sauvignon, Merlot and Cabernet Franc (styled after the iconic wines of Bordeaux) either in a blend or single varietal wine. But because there are no restrictions on what grapes can be used, winemakers started to experiment with other international grape varieties, including Syrah and Malbec. When done properly, these can be intense, seductive and downright delicious wines! The 2011 Vie Cave Toscana, Maremma (Antinori) is sleek and racy made with 100% Malbec while the 2009 Regini di Renieri is dark, brooding and complex produced from only Syrah. Both are examples of serious, ageable Tuscan juice and will run about $30-35.

I too once treated the wines of Greece similarly to The Phantom Menace of the Star Wars Trilogy and did my best to avoid them. But as of late I find myself specifically seeking them out, particularly the Assyrtiko white wines from the island of Santorini. This indigenous grape is mostly planted in the volcanic rich soil on the island imparting healthy amounts of minerality and acidity with some great citrus and floral components as well. The Claudia Papayianni 2013 Ex’arnon is a blend of Sauvignon Blanc and Assyrtiko and is as light and refreshing as it is crisp and floral. A true expression of the region and great value for around $16 and makes a great pairing for any chilled seafood dish.