I have been tasting more of the 2011 wines lately and this “green effect” seems to be much more prevalent and overpowering in most of these wines. 2010 still had some standouts that avoided this overly stalky quality such as Cabs from Hanna, Clos du Val, Sequoia Grove and Pride. But for most of the 2011 Napa/Sonoma Cabs I have sampled so far the vegetal quality has been anywhere from noticeable to overpowering…not what you are looking for from these wines. The Peju Cab somehow avoided it, and Caymus was as consistently solid as ever. So just beware of the vintage when grabbing those Cabs from Napa/Sonoma… I would say the safer bet for now is to stick with the 2010 over the 2011 vintage. 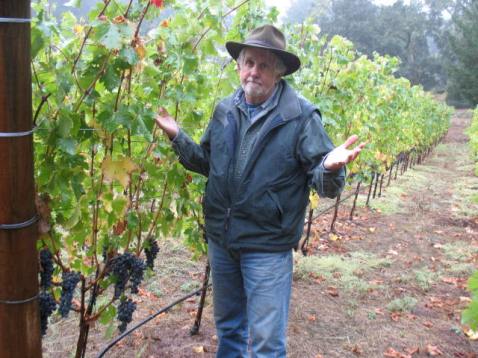 Nowadays when people throw the word “green” out there, they are usually referring to something being ecologically sound or environmentally beneficial. When it comes to wine, green means something entirely different. Sure, it can refer to a wine being made organically or bio-dynamically, but it is typically a way to refer to wines (usually reds) as being somewhat under-ripe. If you are a Napa Cab drinker and plan on drinking those wines from these two vintages, you should become familiar with this dynamic.

There is a saying that good wine is made in the vineyard, meaning that without great fruit there is not much you can do with the juice. A large factor leading to quality grapes being produced has to do with the weather that particular growing year which is early spring to fall in the Northern Hemisphere. Yes, vineyard location plays a pivotal role and so does vineyard management, but without the right temperatures, rainfall and climate… those vines can be in danger of producing a small amount of grapes and not very quality ones at that.

The last two years have been tough weather wise in Napa, and for a late ripening grape like Cabernet Sauvignon that can mean trouble. When grapes are not ripe enough at harvest they can be a bit green… but what does that mean? It could result in a stalky characteristic, possibly an herbaceous or grassy nature  or even reminiscent of a rhubarb flavor. However it comes out, unless it is in minmal amounts it is not very desirable. In these last two vintages, that green effect is going to be tough to avoid in Napa Cabs. Of course the best vineyards and the best winemakers will still be making quality wine, but it may need some aging and there won’t be a lot of it so it will most likely be more expensive than the previous vintages.

So what can you do as a consumer? Taste some of these Napa Cabs from 2010 and see if they suit your palate. This under-ripening of grapes can also give wine a lot of acidity and low tannins which some people prefer. But if you like your Napa Cabs big and bold then you may want to check out some of the Paso Robles Cabs as they seemed to fair better. Or venture out to some of the Rhone wines from 2010. It was a fantastic vintage there and practically all the wines, from the everyday Cotes du Rhone to the single vineyard Chateuneuf du Papes, have been excellent thus far. Think of it as a good reason to expand your horizons or to buy some Napa Cab cellar selections instead of the everyday ones that are usually ready to drink.
Cheers!